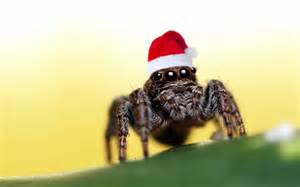 Recently, perusing Facebook, an acquaintance of mine posted that he had purchased a live Christmas tree from a local distributor.  His two young daughters were excited to get home to display, ‘what they attributed as the perfect tree.’ I for one never owned a live tree, and always wondered what the allure was all about.  That said, my acquaintance drove home and proceeded to setup the tree to be decorated the following day.  Ten minutes home, this family started to hear the branches rustling and out came a plethora of spiders.  Yes… the story gets worse!  They found out that one of the daughters suffers from arachnophobia and wont sleep in the house.  Talk about a holiday blooper!

So, let’s talk about a serious issue that pertains more to the mitigation industry.   In recent years, live Christmas trees have come under scrutiny because of their perceived potential fire hazard. Are live Christmas trees the fire hazard they have been made out to be? For many, the immediate answer is an emphatic, yes! But, do they have to be?  Making smart choices during the holiday season will prevent disasters.

Purchase the freshest looking tree available, or cut one yourself, and immediately place the tree in water.  Keep the tree's water container full always, checking the water level daily.

Be extra careful with electricity, all open flames and other heat sources during the holidays.

Unplug the tree lights whenever there is no presence in the room.

Following these steps will help prevent tree fires in your home.   Who doesn’t want to enjoy the fragrance and tradition that real trees bring to a holiday celebration. A traditional Christmas begins with a live tree.

I will continue to use my bug free, scent free, less flammable artificial tree.  Happy Holidays!
Posted by Savage Restoration at 1:35 PM No comments: 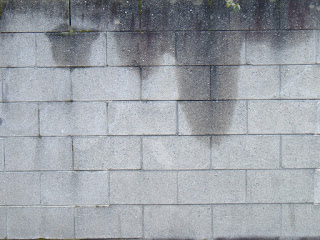 Is It Raining Inside?

The key to effective water remediation is to determine the source of the loss.  Sounds easy, right?  Not so much in some cases.  The past (2) months have been a challenge for many mitigation contractors who have been dealing with…. Hydrostatic Pressure AKA SEEPAGE!

So why the past (2) months?  Hydrostatic Pressure can be an issue all year-round undetected, however, when it rains excessively – the water must go somewhere.  What a nightmare!

Professional water proofing company’s aim to seal your foundation so tightly that it will hold off water like a boat. The problem is that your house is not a boat and it’s not going to float. (Unless you live on a house boat, but then I’m guessing you don’t have a basement.)

So, what are the signs you should look for to prevent a serious water/mold issue? 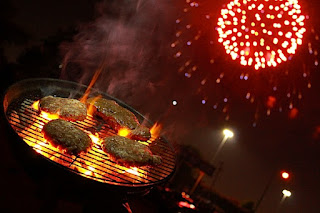 Most of you who know me -- know that I have a Bachelor’s degree in history.  So, when the 4th of July approaches every year, my nerdy self likes to talk about the significance of Independence Day…. and considering my present career, talk about how this holiday is known for igniting house fires.

July 4, 1776, was a big day in American history: The Continental Congress solidified the Declaration of Independence, setting our fight for sovereignty into motion.

Fun Fact:  John Adams believed that July 2nd was the correct date on which to celebrate the birth of American independence, and would reportedly turn down invitations to appear at July 4th events in protest. Adams and Thomas Jefferson both died on July 4, 1826—the 50th anniversary of the adoption of the Declaration of Independence.

It is a day set aside to acknowledge those who blazed a path before us — it only seems fitting to celebrate with exhilarating fireworks and classic American BBQ fare!

Like clockwork, July 5, Savage Restoration always receives emergency fire claims due to roofs catching fire, sometimes igniting the entire house.  Ladies and Gentlemen, is it really worth it?  I can’t talk about firework safety, because that would be condoning the use of them.  However, due keep in mind that if you use them, there are serious fines that are given out every year.

Most towns have scheduled showings of fireworks that have been planned to protect the homes and residents from danger.  #MakeWiseChoices Go see one of them.

Ring, Ring….Savage Restoration, How can I help you?  “My gas grill was too close to my house and my vinyl siding caught fire.” Yikes, common sense would tell most that grills need to be far away from the actual home, but every year we receive a call with a similar fire scenario.

Other scenarios are preventable with proper maintenance, so clean your grill regularly and inspect it for damage or leaks before you turn it on.

If you do have a grill fire…

Once the flames are going, keep a safe distance between your grill and anything flammable (like your house, for example), and always keep children away from the direct area. Most importantly, be prepared to react quickly if flames get out of hand. Have a fire extinguisher within reach, and make sure you know how to use it before you light the grill. Everyone will enjoy their food more if your house is still standing.

#MakeWiseChoices
Posted by Savage Restoration at 6:27 AM No comments:

'I Think It's Going To Rain Today' 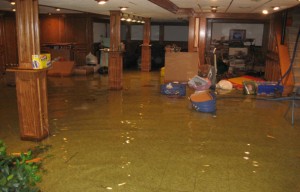 Who could use a nice beach day?  I know I sure could!  Unfortunately, this week’s forecast calls for heavy rain –EEEK.  I see emergency calls in my future.

1.  Power Failure
Your primary sump pump is no different than any other electric appliance in your house -- without power, it is completely worthless.  As a safeguard, invest in a high-quality back-up sump pump.
2.  Switch was Stuck
There are several different types of sump float switches.  Vertical and tethered floats are the most common.  We strongly prefer vertical floats because tethered floats are notorious for getting stuck on the side walls of the sump pit, which can result in a flooded basement.  Some sump pumps also have mechanical pressure switches that are prone to failure.

3.  Pump was Overwhelmed
A common misconception is all pumps are created equal.  They’re not!  In sump pumps, as in life, you always get what you pay for.  Minimally, you need a 1/3 horsepower sump pump capable of pumping 35 gallons of water per minute.  Much less than that and your sump pump might not be able to keep up with the flow of water.  If your house sits in a higher water table and / or if you hear your sump pump running frequently, I’d advise upgrading to a ½ horsepower pump (which can typically pump about 60 gallons per minute).  And to be completely safe, buy a battery back-up pump!

4.  Sump Discharge Pipe Froze
This is a very common occurrence with our brutal Midwest winters (although I must say this past winter was a treat!).  If the pipe isn’t pitched properly, water will collect and eventually freeze, causing a blockage.  Because what goes up must come down, the water falls right back into your sump pit.  When the pit continues to fill up, the water has no place to go but all over your basement floor.  By the way, we have an answer to this problem.


“If it ain't broke, don't fix it” is bad practice when it comes to sump pumps as you could wind up with a basement full of water.  Sump pumps should be replaced every five to seven years to be reasonably safe.
By Michelle Davis
Posted by Savage Restoration at 2:31 PM 1 comment:

5 Things My Kids Have Done to Flood My Home 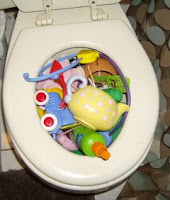 Summer is Fast Approaching! and with summer, comes. “Mom, I’m bored” or “Oops, I was only trying to help.”

As a mischievous adolescent, I have had my share of “Oopsies.”  Let’s go back to 1990.  I for one never understood the saying, less is more. One day my mom had a few cycles of laundry to get done by days’ end.  I remember vividly how this was a daily task that seemed to never end with 5 people living in the house.  Somehow in my head I decided to help mom expedite the process by adding a ½ bottle of detergent to a load of laundry.  As a 5-year-old, seeing the water and suds overflow onto the floor was like playing at a water-park in the laundry room.

Okay, so that’s the only time I messed with my parents’ house that I can remember.  I am sure my mom has other stories. So now, let’s talk about jobs that I have seen since working in the restoration world.

Last July, we received a referral to a split-level home.  For argument's sake let’s call the insureds’ son, Billy.  Billy, a 4-year-old who is fascinated with aquatic life decided he wanted to take a bath with his rubber fishy.  Billy’s mom was busy making dinner and did not hear the water running in the bathroom upstairs.  I bet you can guess what happened next….

This next one is not mischievous, but an unlucky break.  Sissy, a 12-year-old girl who was helping mom and dad clean the kitchen had an “Oops.”  Sissy pulled the refrigerator out and did not realize she clipped the waterline.  The following day, Sissy’s mom went down to the basement to find an inch of water on the floor.

So, this next story made me chuckle inadvertently.   Ronny, a 3-year-old Paw Patrol fan loved to see his friends swirl in the toilet, so much so, that his “friends” flooded the first floor of the home.  I wonder how many times plumbers find toys in toilets?

Last one!  This one was a whopper to say the least.   Kevin, a 16-year-old, yes, I said 16, woke up in the middle of the night to go to the bathroom. He washed his hands and left the faucet running.  Mom and dad woke up first to find that their entire 2nd floor was wet into the 1st floor.  Yikes!  Accidents aren’t just for the young kiddos.

What stories have you experienced or heard?

By Michelle Davis
Posted by Savage Restoration at 2:37 PM No comments: